Covering 24hrs a day and by the end on week two the fabrication of the two tanks in our Aberdeen workshop began to take shape, a team of 15men worked days and 15men nights from procurement of materials, project management through to painting the final assembly it was all carried out in house from our Aberdeen office. 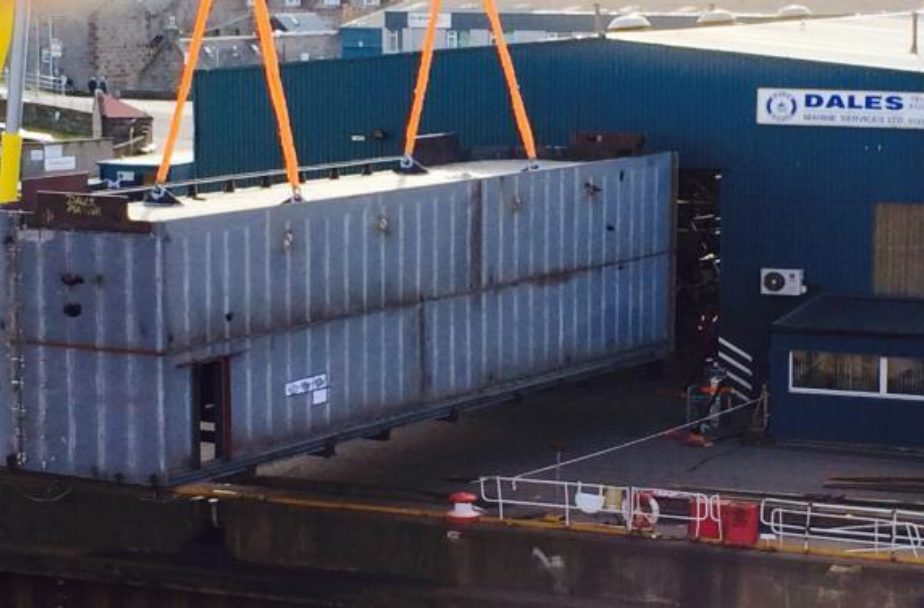 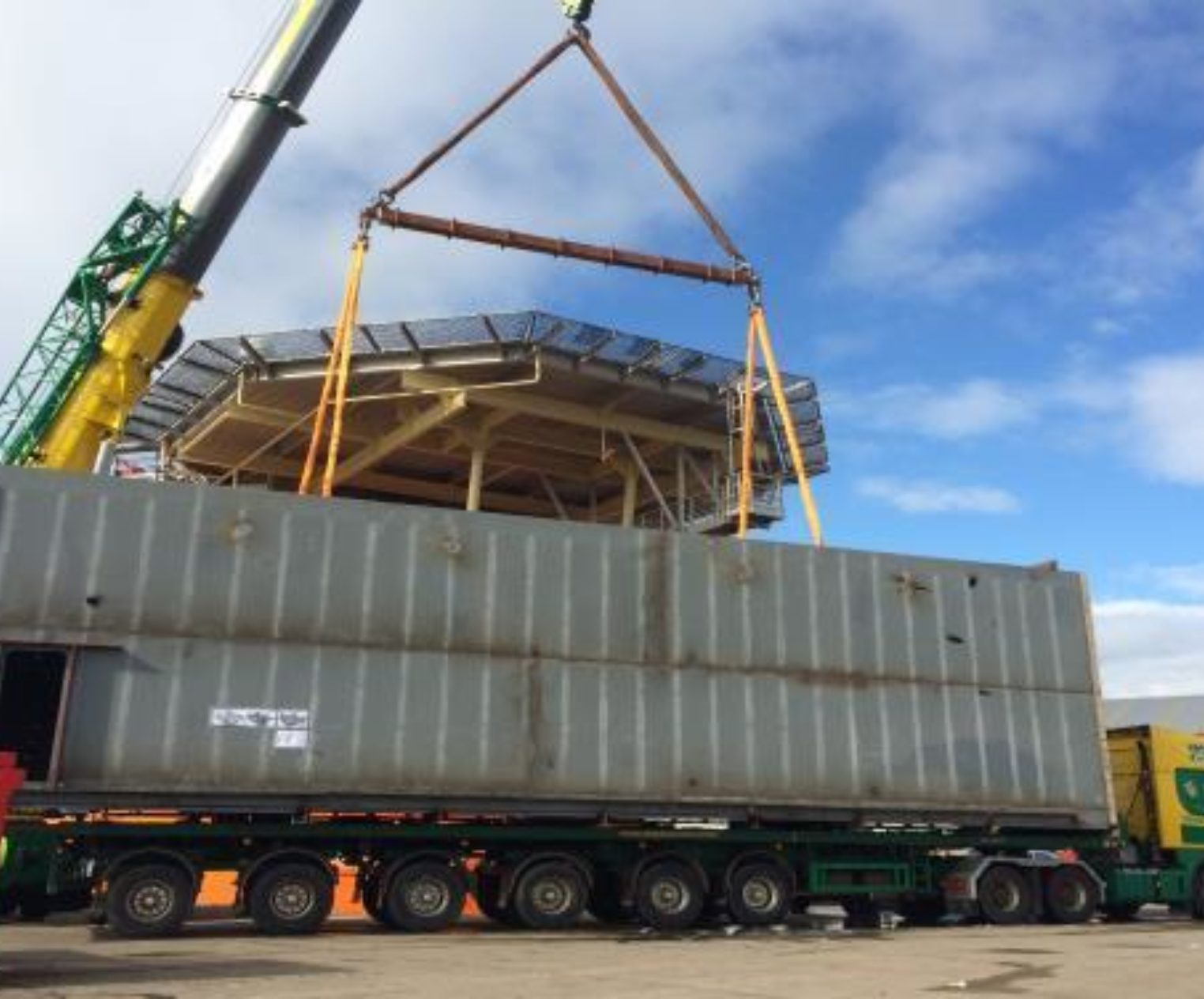 Upon completion of the fabrication the NDT was carried out in accordance with the attending IACS requests, a lift and movement plan was collaborated and implemented to lift the tank eight inches off the ground level in order to position eight wheeled skates each capable of supporting 50te, the supporting brackets and skates were aligned carefully and the workshop and yard areas barriered off for health and safety requirements. A contract lift was organised by DMS and skilfully executed by Whytes Crane Hire, the 350te crane was brought in and set-up adjacent to the fabrication workshop. The structure was gradually moved outwards from the workshop till it became within the cranes reach, rigging was connected and the tank was lifted free of the rollers and positioned at the other side of your yard ready for installation.

Upon arrival of the first vessel there was a significant amount of work to be carried out prior to the fitment of the tank, the aft section of the vessel was sectioned into various stores this had to be removed firstly. Each section was removed from the vessel as a module and sent for recycling whilst there were some parts that were to be reused on-board. Once the aft deck was clear and location point were marked on the deck the new structure was lifted and positioned with great precision onto the ships deck to its final location. A team of welder an fitters then began the task of making the connection seam between the ships existing hull and the new tank.

Works continued on the vessel fitting the new tank and carrying out new installations of stairways and crashrails, the old existing below deck stability tank was converted into new deck stores and chemical stores complete with firefighting equipment. New pipeworks were installed to accommodate the upper level deck tank, ballast water pumps and pneumatic valves were also fitted in the pipelines. System tests were carried out on all the new ballast and hydraulic piping. Upon completion of the steelwork modifications all affected areas and new steelworks were painted according to Jotun specification, new fresh water tank coatings were applied and then approved specialists carried out the re-chlorination of the vessels system. From material procurements through to final completion of the two vessels our specialist team of skilled men completed this project in 60 days.